You are here: Home » About us » Muswell Hill » Alexandra Palace and Park

Muswell Hill and North London are very green, with many beautiful parks.  The largest park in Muswell Hill (and one of the biggest in London) is Alexandra Park.  This is 5 minutes walk from Excel English.  From Alexandra Park there are wonderful views across London and you can even go rowing on the boating lake.

Alexandra Palace (or Ally Pally as it is known to local people) is a late 19th century exhibition centre 5 minutes walk from Excel English.  In 1936 the first ever public television broadcasts came from Ally Pally.  The Palace has burnt down twice – the first time just one week after it was opened!  The fire in 1979 was the biggest in London since the second world war.  The Palace’s Phoenix Bar and ice rink are both popular with our students.

Alexandra Palace and park host a number of events throughout the year.  Recent events include the “Red Bull Empire of Dirt” BMX competition, concerts by world-famous artists such as David Guetta, and in August 2012 the Palace became Holland House, the official base of the Netherlands National Team during the London 2012 Olympics. 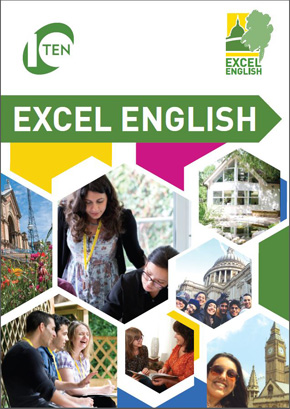